Sian Ka’an, the door to heaven in the Riviera Maya 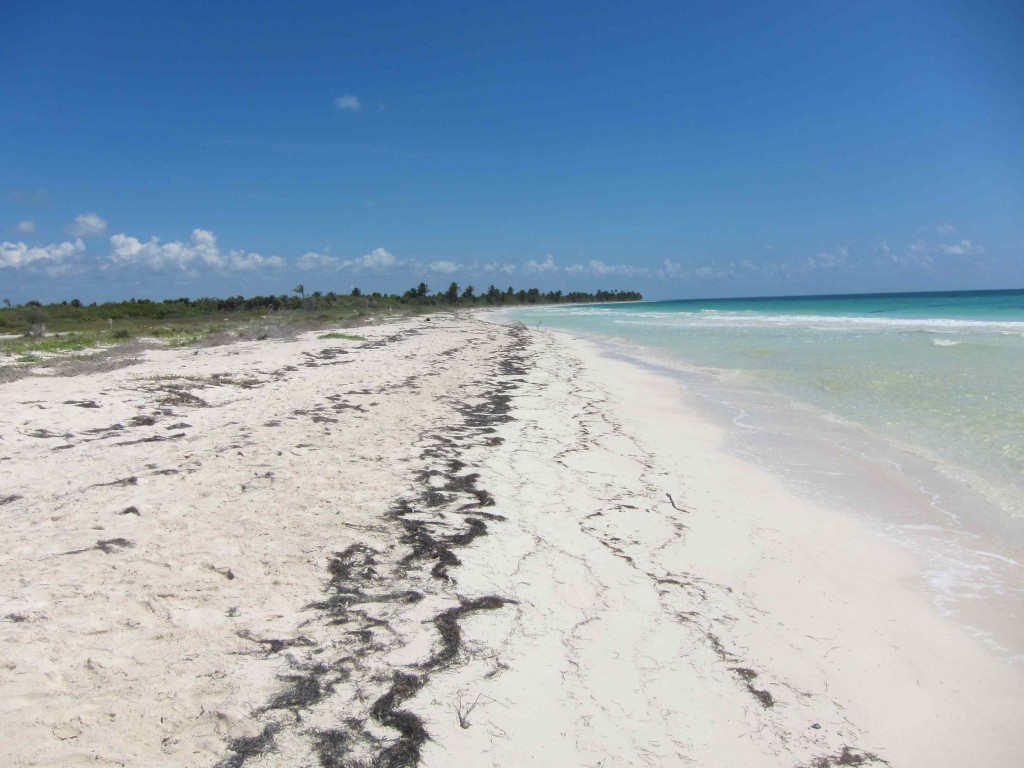 The Sian Ka’an Nature Reserve is located on the Caribbean coast of the state of Quintana Roo, México. This natural area is the largest area protected by the Mexican Caribbean and declared a World Heritage Site by Unesco. Its name translated to Maya means “door to heaven” or “where heaven is born”.
The Biosphere Reserve has an approximate area of 650 thousand hectares along 120 kilometers from north to south and includes municipalities like Tulum and Felipe de Carrillo Puerto. This part of the geological reserve of the Yucatan peninsula is composed of almost virgin beaches with white sands, cenotes, coastal dunes and a tropical forest with more than one thousand four hundred species of plants, in which the high, low. It should be noted that in Sian Ka’an is part of the second largest complex in the world in Coral Reef, after the Great Barrier Reef Australia.

The natural area is divided into three zones for its conservation; Core zone is the first and is totally restricted for human activities and even special permits are needed for research. Then there is the buffer zone around the open core for visits and activities. And finally the Transition Zone where human intervention is of a higher degree.

The population of Sian Ka’an has an estimated 2000 inhabitants. On the coast of the reserve are located two main towns, Punta Allen and Punta Herrero. Archaeological sites have been discovered in the reserve, the largest being Muyil, a commercial route formerly used by the Maya and a lagoon that receives the same name. In this place you can make fun excursions by boat in its lagoons.

To know this beautiful natural area can do it through tours and thus acquire the transport service, since the road is not in very good condition and everything is dirt. It is also possible to go by private car, in case you do not have it, you can rent one, there are many car rental agencies in the Riviera Maya. With a favorable climate you can make two hours by car to reach Punta Allen starting from Tulum. But if the weather is not the best, it can take more than four hours in the course and it should be mentioned that the road does not have gas stations or other public service.

There are different tours where you can do activities such as boat excursions, there you will find bird nesting areas and a high probability of seeing dolphins. Also included is snorkeling so you do not miss the opportunity to see the magnificent coral reefs and the possibility of living with sea turtles in their natural habitat. On the other hand, if your preference is to go alone, there are many accommodations along the way. Another very good option is to camp, so enjoy the beaches and natural landscapes that the reserve offers. Spending the night there to contemplate a starry sky and be present at dawn is truly a natural privilege.

Whether you go on a tour or prefer to do it on your own, recommendations are made such as taking a planned route and not just going into the jungle, using telescopes not to approach the wild animals, taking pictures, but not taking anything home like plants or Animals to remember, use biodegradable products to avoid contaminating the water, collect all the garbage generated and for no reason acquire animals or plants in danger of extinction. All these rules and advice are to safeguard and keep the protected area in good condition, and at the same time protect the safety of the visitor. Since over time Sian Ka’an has become an area of greater tourist influence and increases the risk of ecological balance.

If you are a lover of natural landscapes, put aside routine life and visit Sian Ka’an, this place will teach you that nature is more beautiful than anything man has invented.

Would you like to meet Sian Ka’an? The door to the sky of the Riviera Maya, in Mayan Riviera Tours we have excursions and deals so that you can know it. If you need more information you can contact us, we will gladly assist you.